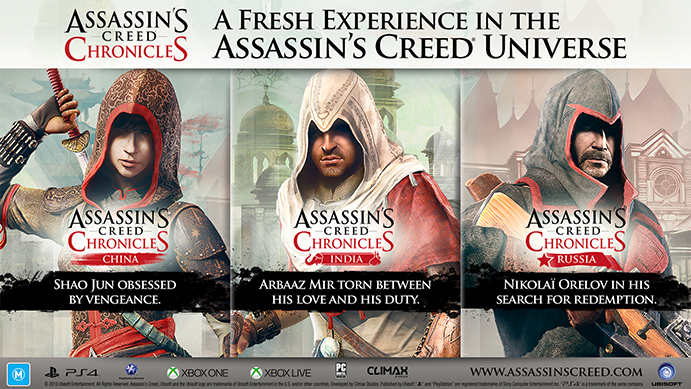 Follow three legendary Assassins in their journey of revenge, retribution, and redemption.

Assassin’s Creed Chronicles takes players to three distinct civilisations and historical eras including the Ming dynasty at the beginning of its downfall, the Sikh Empire on the edge of war, and the aftermath of the Red October revolution.

Designed for masters of stealth who share a passion for rewriting history in games, Assassin’s Creed Chronicles lets players embody Assassins Shao Jun, Arbaaz Mir, and Nikolaï Orelov in 2.5D environments true to the Assassin’s Creed universe. Slay from the shadows, master the art of parkour, and take the leap of faith in a collection of stunning, living paintings.